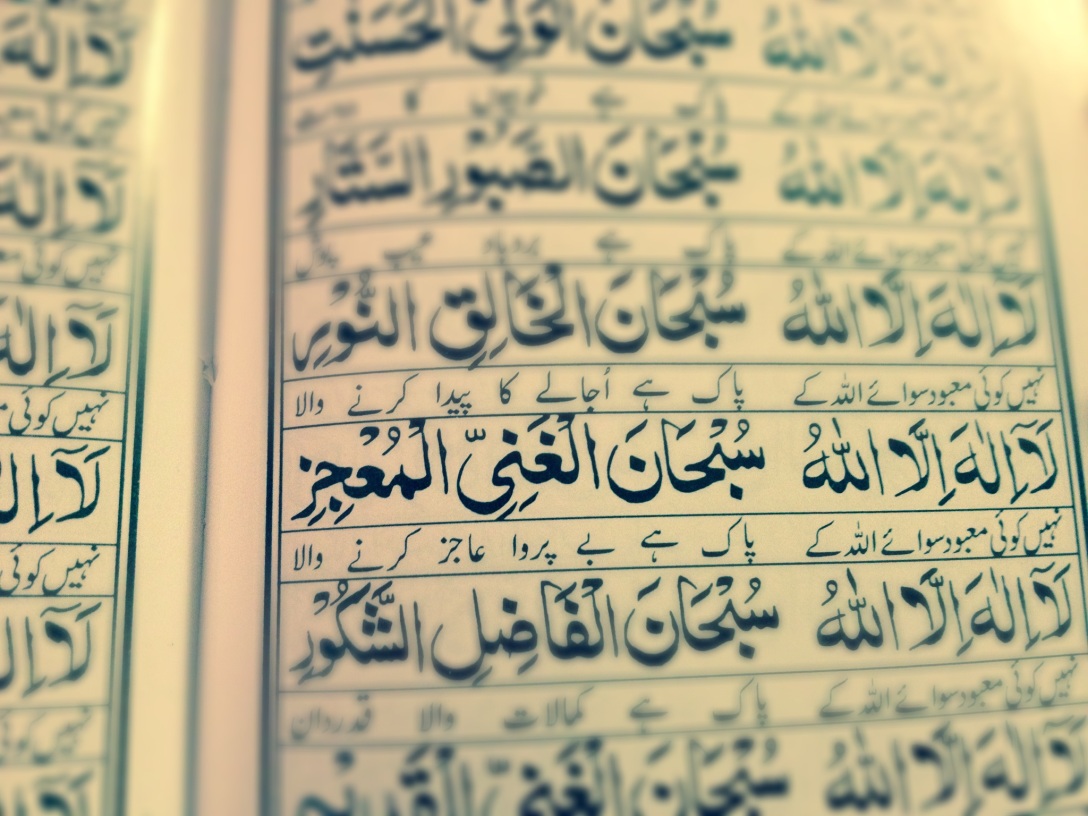 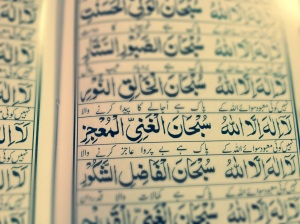 We are nothing without Allah. He is the One that has made us and given us life. If it wouldn`t have been His will we wouldn`t have been in this world. He is the one that gives us everything in this universe. Even if we would try to thank Him, the thankfulness would not be as great as what He is Worthy of. We do good deeds because He has ordered us to do them, and that is a good thing. Though shaitan try to put vasvasa in our heads. If we are sinners, shaitan stops us from repenting, if we repent and become good people and do good deeds, shaitan puts vasvasa in our mind that, if we don`t recognize the trap, we become arrogant.

In order to protect ourself from shaitan we must understand these traps and fight them with all we have got. It is not because there is any good in us that we are doing anything good, it is because Allah has guided us to do it. If it wouldn`t have been for His Mercy and Guidance, we would have been lost.

Prophet Muhammad (pbuh) has said: If we have an atom of arrogance in our hearts we would not be allowed to go to jannah /Paradise. So people asked that one likes that her/his dress is beautiful and her/his shoes are beautiful. So the Prophet (pbuh) said: “Verily Allah is the Most Beautiful, and He loves beauty. Pride is to completely disregard the truth, and to scorn (look down on) the people. (Sahih, Muslim).

How do we ignore the truth? When we know that it is like this or that and don`t follow it, that is arrogance. Like mostly people know that in Islam it is made obligatory to pray the 5 prayers. Though there are less than half of the muslim or even fewer that actually pray the 5 prayers. We would say this about all the other regulations in Islam as well. Most of us have become part-time-muslims. That is not always because of ignorance. So if we believe, that we are muslims, we need to become Allah`s slave, because that is the true meaning of Islam to submit to His Laws.

Another thing written in this hadith is don`t look down on other people. Subhan Allah that is so common these days. If people themselves are doing good deeds, they would often look down on other people who are maybe sinning. Though they do not know the state of the heart of that person like Allah does, though they become a judge like Him and think they know everything. I read a quote one time that said, don`t look down at others just because they sin different from you. Allah could forgive them for sinning, but maybe not forgive you for your arrogance.

Also we do not know the state we will die in. The Prophet (pbuh) has said, that there will come a time when a person that is a good muslim, will become evil and die in that state, and that a person that was evil, will become good and die and that state. So we are not able to judge anyone at all. Me must always pray and ask Allah that we die as muslims, but for that to happen, we must also live as muslims.

What makes us arrogant is when we think that we have accomplished is because we deserve it or that we have worked hard for it. Though we might have worked some for it, but it is because of Allah’s Rahma over us that we have been gifted in any way. Not because of our deeds or our conduct. Allah test us by giving us gifts and by taking away gifts. We need to show thankfulness/gratefulness when we are blessed and patience when we are tested. Only then we will prosper. Allah may have given us a gift, but He can also take it away, if we don`t show appreciaton for it to Him.

We need to ask Allah to guide us all the time and always keep us humble. A supplication one can make is : “Laa Ilaaha Illallah, Subhanall-Ghaniyall-Moa3jzi”. It`s interpretation is “There is not God but Allah, He is Perfect, and the one who makes us humble”. (See picture for arabic spelling).

The Prophet (pbuh) has said: no one humbles himself for Allah but Allah raises him. (Sahih, Tirmidhi). What do you think will be the outcome of the one Allah raises. Subhan Allah 🙂 May Allah have mercy on us and guide us and keep us steadfast on His religion and make us His pious slaves. Ameen summa ameen.