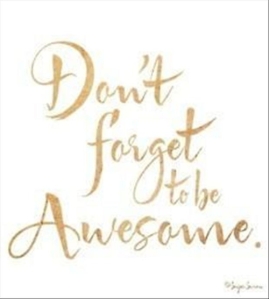 We need reminders like we need air to breath. Sometimes what takes us years to build, someone else in a minute destroys everything. Often because they are jealous. A shaykh once said that even if it takes you years to build something and someone destroys it a matter of second, build anyway. Because in the final reckoning it`s not between you and them but it`s between you and Allah anyway.

So when we remember that we are doing what Allah wants us to do, we might not get any appreciation from the beings in the worlds. Were are looking for the appreciation at the wrong places. For example, Some people are mean to us because the are jealous of something we have. They try to put obstacles in our ways so that we don`t reach our goal. If we are on the right (haqq) they won`t be able to stop us even if they are larger in number or has more power or has more strength. I.e the story about David and Goliath, where David won even though he was smaller in size and strength. The second point is that we will receive our ajr (reward) from Allah when we despite of other people being mean to us, we are nice to them, or don`t let their offences offend us. After all, it is not that we are being nice for the people. We are doing it because Allah has told us to and we will gain our reward from Him, not the people. It doesn`t matter how much mean people we will have to face. What matters is our attitude that we are going to be nice no matter what, because our Prophet (pbuh) has taught us that way, and we are his (pbuh) followers. Lets try it out 😉 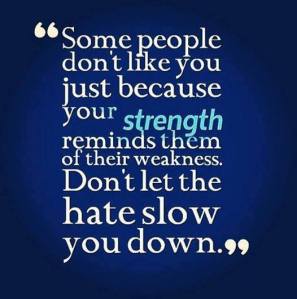 It`s not that easy. But when we understand the meaning behind it, we feel calm and are able to suppress our anger. Remember that when other people talk bad about us, to our face or behind our back they are actually giving us their good deeds. And when they don`t have more good deeds, they will have the burden of our sins. So it`s a win-win situation in being calm. We`ll have to struggle and it is definitely going to be worth it.