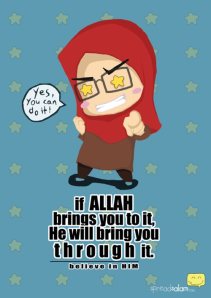 Allah says in the Quran :

” Repel evil with that which is best: We are well-acquainted with the things they say”. Quran 23:96).

The meaning of the Ayat is: ” Whether people speak evil of you, in your presence or behind your back, or they do evil to you in either of those ways, all is known to Allah. It is not for you to punish. Your best course is to not do evil in your turn, but to do that will repel the evil. Two evils do not make a good.

Allah says in the Quran:

” Nor can goodness and evil be equal. Repel evil with what is better: Then will he between whom and thee was hatred become as it were thy friend”. (Quran 41:34). 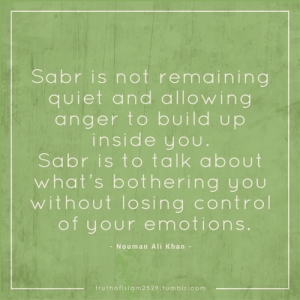 The meaning of the Ayat is: ” You do not return good for evil, for there is no equality or comparison between the two. You repel and destroy evil with something that is far better, just as an antidote is better than poison. You foil hatred with love. You repel ignorance with knowledge, folly and wickedness with the friendly message of Revelation.

Allah says in the Quran :

” Twice will they be given their reward, for that they have persevered, that they avert evil with good, and that they spend in charity out of what we have given them”. (Quran 28:54).

This is something we should think about next time we are in a discussion about anything, and I am counting in myself as well. When the reward is immense surely it cannot be that easy task either. Though with every difficulty there comes relief, so one needs to show patience. “Is there any reward for good other than good?”. (Quran 55:60).