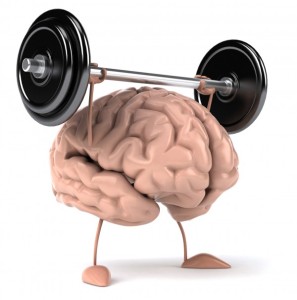 Can you imagine that sometimes when you speak with your friends, you`re giving away your good deeds to those you don`t like. If that wasn`t enough you are also receiving their bad deeds in your account. The worst deal we can ever make is to backbite others, and that is what this comes from.

What To Socialize About?

Have you ever seen people whom likes to tell stories, without any friends? I certainly have not. People like to be with others whom is good at telling stories. Doesn`t matter if they are true or not, as long as they are funny and entertaining. Have you thought of if people would stop backbiting if we didn`t lend them our ears. If no one would want to listen to stories because they would know that more than 50% of it could be all made by assumptions, and give them a deaf ear, they`d immediately stop. People need something to talk about and socialize about. I like the quote : “Great minds discuss ideas, average minds discuss events, small minds discuss people” – Eleanor Roosevelt. If we think that we have great minds, why do we than degrade ourselves by discussing people? If we used more time discussing ideas, we`d might certainly find more solutions to our issues.

Our Perception Is Coloured By Our Values

What we talk about says something about who we are and is coloured by our perception of matters. Two friends are in a coffee shop drinking coffee while they see something strange happening. Because of their individual perception, they will speak and understand what they saw differently. They have invisible glasses on them that are made by their values. So even if they tell the story about this incident to two different people, chances are they won`t match. And if those two people they talked to are friends and somehow discuss what they told them, they will see how different they understood it, and how it is coloured with their point of view. 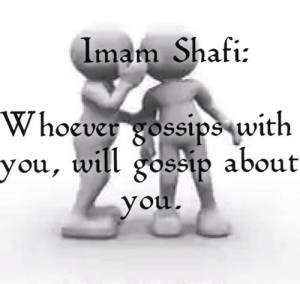 Ancient historical happenings aren`t as interesting as the juicy and funny stories about their friends party the other day. Can you guarantee that a storyteller hasn`t told a lie? People like to listen to that which makes them feel good about themselves. What can possibly make them feel better than seeing someone they dislike, struggling in something. Prophet Muhammad pbuh has said that being happy when some people are afflicted with a calamity, can be difficult for them. Allah can save those afflicted with the calamity and make it a blessing for them and afflict those who laughed, with the same or something similar, that the other was saved from. So never be happy in others misfortunes. No muslim is allowed to make fun of or laugh of other fellow muslims or call them by offensive nicknames, Surah Hujraat. Seriously, today, do you know someone whom hasn`t laughed at another fellow muslim once, in a day. Yes we call ourselves muslims, but we are sometimes far from the manners it teaches. May Allah guide us.

Rasollallah Wants To See The Whole Ummah In Paradise

Another story which is connected to backbiting is something mostly girls/women do a lot; make allies. When couple of friends doesn`t like one person in the click, they can easily, fill their friends with hatred about them. She said, this and that about you, which could have been said but the intention for saying something and what it meant could have been 180 degrees opposite. Winning friends by fueling each other with hatred about each other, is not uncommon amongst girls/women. Jealousy kicks in once in a while and they don`t like that others succeed. Bringing others down won`t make you look better. Those who help other when they are down to achieve a similar success are the truly succesful people. Jannah is for all, right. If you don`t share your success stories with your surroundings in case they succeed more than you, your jealousy would eat up your good deeds. Imagine you tell something good to someone, and they perfect it more than you. One thought could lead to jealousy and the other to gratefulness. The gratefulness would come of the fact that every good deed that person does will be added to your account of deeds, just because you directed them to it. So all in all, being good can never be a loss. We should strive to become better than what we are today, recognizing our own potential. Our goal is not to be better than someone else at the mosque or any other event. Sallallaho wasallam wants to see all of his Ummah in Paradise. So if someone err, you can be a gentle reminder or at least, don`t be the reason others fail.

You Will Gain Only Good From It

A sunnah that can be revived is making excuses for your brother when you don`t know the whole story. If you hear something from someone regarding any matter, don`t think of it as the ultimate truth. One can draw a parallel to the mother of the believers, Ayesha raa. She was seen with another person and was left behind because of the necklace that she had lost on the way. When people saw here, they starting making all these tales about her. They only spoke about what they saw, but didn`t know the reasons behind. Allah proved her innocence in the Quran. Things aren`t always as they seem. Sometimes our own perception colours our glasses, but isn`t the entirely truth. That is why it is so important to have goodwill for our brothers and sisters in Islam. Whenever someone backbites anyone, make excuses, because we don`t know whether the backbiter is true or not or if he has made a tale out of assumptions. Think good of others. Give the backbiters a deaf ear. Next time they have something to tell, they won`t come to you. The thing is, it won`t be your loss. You will gain only good from it. Only when people will stop listening to backbiting, the vicious circle of blabbering mouths, would also stop. The punishment for the sin of the mouth is severe. A person can fall very deep into hell just because of some word he/she utters, or be given a higher status in Jannah because of something good he/she says. “The world will not be destroyed by those who do evil, but those who watch them without doing anything”.