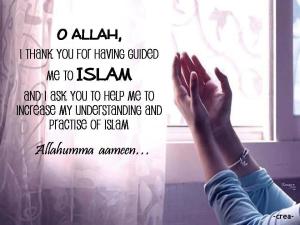 If you want for your brother what you want for yourself than your iman is intact and on the right place. And since we muslims are ambassadors for our religion we would want other people whom may be living in ignorance, also to accept Islam so that they also might have the chance to prosper, and achieve Jannah. Our Prophet Muhammad (pbuh) has said:

“By Allah, If Allah were to guide just one man through you it would be better than red camels”.

Red camels were the most precious and sought-after wealth among the Arabs at the time of the Prophet.The Dai`s reward will be immense, like said in the Hadis from our Prophet Muhammad (pbuh). He said:

“Whoever calls people to the truth will have a reward like that of those who follow him, without it detracting in the least from their rewards”.

If you don`t have much time because of your daily routine just know that only one Ayat can give you falah/success. The Prophet Muhammad (pbuH) has said:

“Convey (knowledge) from me even if it is just one aayah”.

Even if you don`t understant the eternity of the message your conveying it is important to not give up. Like Our Prophet Muhammad has said:

“May Allah make his face shine, the one who hears something from us and conveys it as he hears it, for perhaps the one to whom it is conveyed will understand it better than the one who conveyed it”.

Though we need to beware of the traps of trying to be a dai. No one is perfect and we all have our faults. If there is something you don`t follow yourselves, at least try not to convey that to others. Because your character talks for itself. If you tell others something you don`t follow yourself, and the other people gets informed about that, they might not listen to you at all, because they will be unsure whether you are sincere in being a dai or are only doing it to become famous or that you wants other to think that you are pious. Since Islam is sincerity, it would be crucial to fail in the good deeds you can earn by being sincere.

Another point is that if you convey something you don`t follow yourself you can get a really bad place in Hell. Narrated by Usamah that the Messenger of Allah (pbuh) said:

Remember that your actions speak louder than words like a hadis sharif from our Prophet Muhammad (pbuh) he said:

“A woman came to him with her child. She wanted to talk to him about the son. She explained that her son used to eat a lot of ghurr. And no matter how much she told him to stop, he did not listen. She tought that if I ask Muhammad (PBUH) than he would listen and stop eating so much. Hazoor Paak asked her to come the next day. When she came the next day, he told the son not to eat that much ghurr. That surprised the mother a bit because he could have said that yesterday, why did he wait a day to say that sentence. Hazoor Paak replied that he had eaten ghurr yesterday so he did not want to tell the boy to do something he did not do himself. Today he hadn`t eaten ghurr so he could easily tell him to not eat that much of it in the future.

We are muslims Alhamdolillah and our goal is to achieve Jannah the eternal bliss, InshaAllah. Why not start by applying everything good Islamic and beneficial Knowledge you learn to yourself foremost and then the people you can influence. And I am counting myself in this as well, InshaAllah, ameen summa ameen.