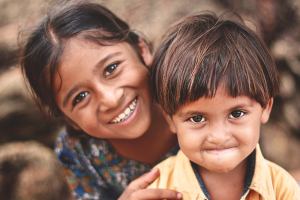 Having children is a great blessing for parents. To pass on the legacy of Islam to another generation that will live Islam. Often both parents prefer sons over daughters. Mainly because they think that they will be the most supportive because they become providers too. They have forgotten that Prophet Muhammad pbuh`s legacy was passed on by his daughter Fatima raa.

Parents shouldn`t focus on the gender of the child, but rather praying for it to be a good muslim/muslimah. Praying for pious children even before marriage shows that you are responsible and worried about their Hereafter. Instead of competing in numbers or a specific gender, rather be motivated to increase the quality of upbringing. We don`t always know whether a son will be more valuable than a daughter. Allah is going to send tribulations through our sustenance. We will meet both difficulties and ease. Thinking that those who have daughters are less blessed is wrong. Most parents realize later in life that daughters are a greater blessing. Mostly because of their softheartedness and emotional intelligence they take better care of their family/parents, compared to their sons.

Often people with children from both genders, prefer the son more than the daughter. Prophet Muhammad pbuh was once sitting with some sahaba when one sahabi`s daughter came and she seated herself beside him. A while after his son came, he kissed him and let him sit on the lap. When the Prophet pbuh saw this he said that we can`t treat our children differently, but they should be treated equally. If you give a gift to one, the gift has to be given the other siblings. If not they will be questioned about that on the Day of Judgement. When Fatima raa visited Prophet Muhammad pbuh, he pbuh would kiss her hand and let her have his pbuh seat. She would return the gesture to him pbuh, when he pbuh visited her. He pbuh was also helpful in the house. Even if times have changes some men doesn`t help as much as they should. Learning about the sunnah might motivate men to do more.

When Allah withholds A Gift

It is Allah whom chooses sons for some and daughter for others. We can`t complain to Him and question His Wisdom behind the decision. Whatever Allah gives us, be grateful in good times and show patience in difficult times. There will be both. The happiest people are those who are content with the little they are blessed with. Being happy with the decree of Allah shows our dependency and trust in Him. He is the one in Control. We can draw a comparison through the lesson where a child is in his mother’s lap and wants to touch the fire. The mother knows that if he touches the fire, he will burn himself. The child doesn`t know that. The mother because of the love for her child, will keep him away from the fire. It is the same with every blessing. Sometimes Allah withholds something from us because He think something can hurt us through it. Other time He withholds to give us a bigger gift or to purify us and raise our status before we are given a gift.

Every Child Is Precious

Be fair to your children and express your love to them often.  Make them feel loved, so they are not misled by people. Fill their bucket of confidence. Don`t hesitate to motivate them when they are down, or gently correct them when they need to be advised. Teach them good values to make them a contribute for the Ummah and their community. Through your efforts in their early years they can be a sadqah jariyah for you. Most of all treat them equally. Sibling rivalry can easily be controlled if the parents are fair between them and each child gets quality time alone with parents, so they don`t feel neglected. The other siblings won`t get jealous of the love they are giving. Gently advising them privately is the best way of getting any changes in their behaviour that can be improved for the future.