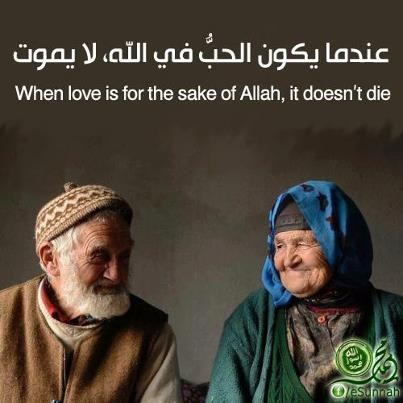 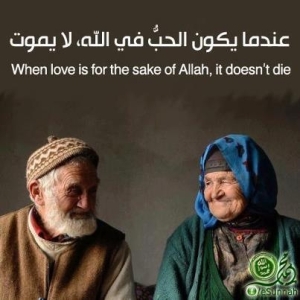 There can be said a lot about the difference between love and lust. Mix gender relationships nowadays are very normal these days. If you aren`t “with” anyone you are “gay”. As long as you have friendships people are cool with you, you`re one of them. It isn`t difficult for anyone to find someone to be with or marry. What is difficult is to find that person you know is going to be with you even when your appearance isn`t like a 20-year-old or hold your hand on the way to Jannah.

Marriages are built on many qualities, and lust is not one of them. When you desire someone because of their physical beauty that is lust. When you put precedence to conduct and character before beauty, you are giving values more preference. When people marry someone because of their looks, they forget that looks will eventually fade in some years. When they no longer have the outer beauty, you start to look outside for those who have it.

Most of the muslim marriages are arranged by a third-party. Love marriages are on the rise. As a muslim even if you know your fiancée before marriage, it will mostly only be based on what people have said about him/her. You won`t get to know the person before the couple gets married/nikah. Why you choose the spouse you choose will have a great effect on the marriage. When people look at beauty rather than conduct/character they miss the most essential part of that person. Looks can lie. You will have to live with the spouses character for the rest of your life.

Marriages that increases in love

Love that is build after marriage with good conduct, loyalty, trust, friendship, will increase with time. These spouses see the beauty in each other despite of their grey hair and wrinkles, or the extra pounds.  Actually it increases them in beauty. They married each other for many years ago but fell in love with the same person every time. It is the small gestures, that builds the bond. Taking care of each other despite the fact that you just had a fight. Doing so many things for each other because you want to make your spouse happy, not to get something in return. The unconditional love. They know each other love language and how to express it. There is nothing more beautiful than an old couple that are in love, supporting each other. They have gone through good and bad times together, laughed and cried together, had their disagreements, but still been there for each other. That is beauty. They didn`t start praying for each other after marriage, but from their teens when other friends started making friendships, they started praying for a companion. Their death won`t depart them. They will meet again in Paradise to spend eternity together. Inspiring, motivating and striving to make each other better because you want to see each other in Jannah, that is real love.