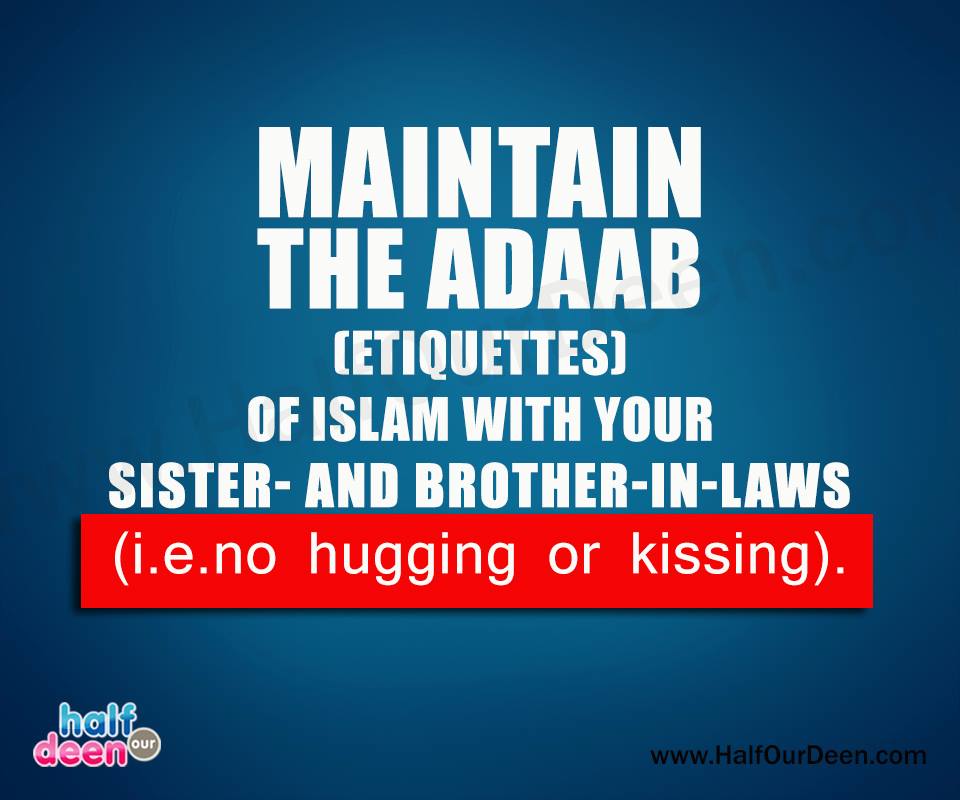 Nowadays joint family’s aren`t that common as before. Though I grew up in a joint family and have both positive and negative things to say about it. Since I have been taking Islam more serious now than before a lot of other issues pop up as the days goes by. And one is what Islam says about joint family’s. Living in a family where there might be non-mahrams as well. I was reading another book and want to share what it says about the issue.

This is a problem many people suffer, such as when there are two brothers in one house and one of them is married. It is not permissable for the married brother to leave his wife with his brother, if he goes out to work or study because the Prophet (pbuh) said :

A man may not be secluded with a woman. (Muslim). Beware of entering the presence of women. They said ” O Messenger of Allah! What about the in-laws of the wife? He said: The in-laws are death. (Al Bukhari and Muslim).

When we are trying our up most to follow our Islam as best as we can than this is an issue we also need to think about when one is going to get married. The solution could be to live in separate houses, though nearby ones family.

What does it mean that men are “protectors and maintainers” of women?

To answer this question, let us first look at the Arabic word that we are translating as “protectors and maintainers”. This word is “qawwâmûn” the plural of “qawwâm”.

This word – qawwâm – in turn, is an emphatic form of the word “qayyim”, which means a person who manages the affairs of others. The qayyim of a people is the one who governs their affairs and steers their course. Likewise, the qayyim of a woman is either her husband or her guardian – the one who has to look after her and ensure that her needs are met.

When Allah says: “Men are the qawwâmûn of women…” it means – and Allah knows best – that men are held liable for handling the affairs of women and are responsible for the women under their care. A husband, therefore, has the responsibility of taking care of his wife, protecting her, defending her honor, and fulfilling her needs regarding her religion and her worldly life. It does not mean – as all too many people have falsely assumed – that he has the right to behave obstinately towards her, compel her, subject her to his will, suppress her individuality, and thus heinously negate her identity.

His status as protector and maintainer is pure responsibility, pure liability, and not so much a position of authority. It requires from him that he uses his good sense, thinks carefully about what he does, and exercises patience. It means that he cannot be hasty and offhanded in his decisions. It does not mean that he can disregard his wife’s opinions and belittle her good person. (Extracts of this information is taken from here)