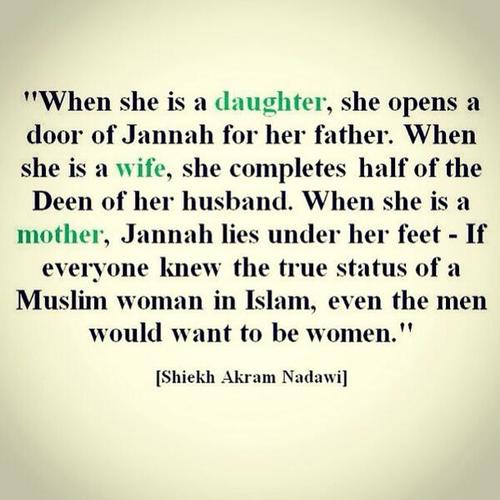 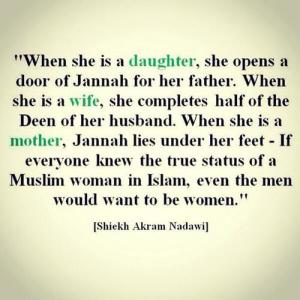 Every boy is taught by his parents and especially the males in his life, how to treat women. If those role-models have poor character, than that would rub on of the boys/kids. This is mostly the parents fault as they are not teaching the right values to their children. It would not be far from the truth that if a kid grows up in a family, where the head of the family, is very strict, and his sisters and the mother has to do all the work home and is not treated fairly. That is what they will become when they become adults.They will think, that only their sisters, spouse, mother, daughter etc has to do all the work. That they can treat them the way they want. They will have zero respect for them and oppress them. It won`t stop them from mistreating girls at school, work, in the bus, and wherever they see them they will look down on them like they are less worth than them. Would they have liked if someone treated someone they loved like that? If they behave like that they don`t even know what love is, or what true love is.

Imagine, a kid that has grown up with the values of the Prophet Muhammad (pbuh), because his father and the men in his life practiced those values. How do you think that person would treat his mother, spouse, sister or daughter. Wouldn`t he just cherish them beyond means and be the best to them. Not only to respect them and help them around the house, but also protect them and have a strong feeling of gheerah towards them.

If the kids aren`t taught the right values, that would have an impact on them throughout their lives. Of course, it`s not always the parents fault either. Sometimes the parents has done a great job in raising their kids, but the influential environment they are living in, their friends and surroundings, have bad influence on them. Just to play cool and be liked by their friends, they end up mistreating the same gender of the one that gave birth to them and took care of them when they couldn`t do anything by themselves.

In respect of how our Prophet Muhammad (pbuh) taught men to treat the women in their lives, there are several lessons to learn. For instance, the prayer of your mother (father) is near to Allah and answered. If you are good to them, they will pray for your good. If you are mean to them, no matter how much they try to control of themselves, Allah can listen even their supplications in their hearts. So if you shouldn`t mistreat your mother, than you are also in respect of the gender never mistreat any other girl/woman also. Remember that the prayer of the oppressed is near to Allah. If you oppress someone their prayer could ruin your life or worst of all, your akhirah (Hereafter).

There is an hadith where the Messenger of Allah (pbuh) says that if parents/brothers have three of four daughters/sisters and they are good to them, and teach them Islam and they practice it, Jannah will be theirs. A girl/woman is a rahma to the family. They have soft hearts and are more gentle in mind and have more EQ (emotional intelligence) than men. Think if men had the responsibility of raising the children. It is the nurturing of a woman who raise children that becomes good people and a treasure to the society they live in. The Prophet Muhammad (pbuh) visits the house, where there is born a girl. That is truly a blessing.

Another thing is that men may have protective gheerah towards their own woman, but soon as they see another girl/woman, They would say bad things about her and treat her like trash. Isn`t she someone`s sister, spouse, mother daughter? Would you want some people to do the same to the women in your life? I reckon your answer is no. Therefore always know that you should love for your brother what you love for yourself. Just like you have a right to live happy, married and blessed, so does your brother. If you want to have all the great things that life has to offer. So does your brother 🙂 If you put obstacles in your brothers way, than you should be scared of the punishment for that from Allah. No one deserves oppression. Not even Pharaoh, to give an extreme example. Allah is just, and will give patience and victory to the oppressed.

If you are feeling sad because your brother has been given a blessing, then be patient and happy for him. He may have struggled his buts of for it for years. Instead of putting obstacles in his way, be happy for him and pray that Allah grants him more. A part of that supplication is for yourself, as an angel by your side will say: ” and may you have something similar”. Be patient. When your time will come, Allah will grant you abundance. Allah is great, and has so many blessings to offer. As a saying says, there are plenty of fish in the sea. Just because there is one fish less, doesn`t mean we are out of fish 😉 Be happy for each other instead of putting each other down. Remember, if you support your brother in his times of need, Allah will support you, in your times of need. Because as you reap you shall get. 🙂