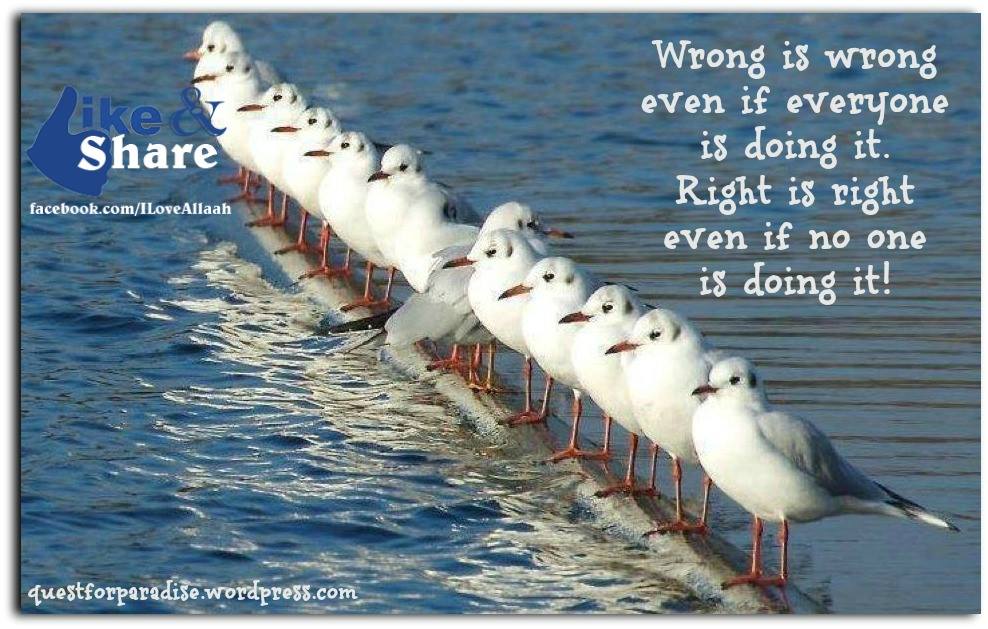 In many countries smoking cigarettes is seen as normal.

In fact if people attend a gathering and they don`t smoke or drink in that gathering, they are seen as backwards or old-fashioned. Even though we all know that smoking is hazardous to our health. It`s even done major campaigns to help people get motivated to stop. Drinking is also seen as a norm. You can`t have fun without it. The people who attend a party and doesn`t drink, do not know how to have fun. Though the police often talk about drunk teenagers being in a really bad condition after going home from a party. Drinking leads to many bad things, nothing good comes from it. Even though drinking is seen as normal, and anyone who doesn`t drink is seen as abnormal.

In some countries it seen as normal to have children outside of marriage.

Though we know that most children that grow up with one parent, doesn`t get the proper up-bringing a couple can give. Though it is seen as normal, even if it leads to people with many problems in the society. It is not good for a child to not have both parents with them. Or to have to have a father or a mother. A father can never take the whole role of a mother and the mother can never take the whole role of a father in a child’s life. The father and the mother complete each other and give their children the love, nurture, care and provide for them better when they have each other. Therefore same-gender parents are not good for the children. Even though in some countries it is seen as normal. Again the norm of the society makes something that is bad for the children, allowed. If the child grows up without knowing who their parent is, that is also detrimental for those individuals.

We know that weapons and knives can harm

We know that it is not good for all people to have weapons. We know that people can get killed and injured. Even when it can be an accident. We know out of numbers and incidents that in America there are many deaths because it is easy to buy weapons. Many people harm other because of it. It is not good for the society. Using weapons and showing off with them, is seen as cool and normal. Though we know it can take a life. We say we don`t want more wars, but many countries are earning lots of millions because they are selling weapons to other countries. This is seen as normal. I know your going to mis-use the weapons I`m selling you, but just because I need to earn that money, I don`t “mind” that you take as many lives as you want with it? Is this normal for you? We are talking authorities here. Not ordinary people. Authorities that maybe sitting in some peace congregation and promoting peace for all. But are they really, really working for it or against it? Being biased is seen as normal. That is not normal to me. These weapons take lives. A life in Pakistan or Syria is just as much worth as a life in Britain, Russia or America. When we are making it easy for other to kill other people, we are not working for the peace we were promoting in the congregation of UN or work for betterment for children or mothers like UNICEF promotes.

The average people has talked about someone in their absence

I guess over 70% of people backbite others. It is seen as normal in most societies today. If you are of those people whom dislike it, you would probably avoid social gatherings. Most socializing involves talking behind some people. If you don`t you are seen as a bore, whom doesn`t have anything to entertain with. When in fact a person whom is talking about others life, is indirect saying that my life is so boring, that I need to tell you about another person so that you would want to talk with me. The best people are those who talk about ideas and have healthy discussions that does not involving in talking bad about other people. Talks that are meaningful and bring out good, motivates and inspires.

It is not normal until it is good for you

We know that smoking, drinking, buying weapon, mixing without marriage, backbiting is bad for us. If the society and its people set a norm that is bad for the people, why is it seen as normal, when it makes ab-normal people. This has everything to do with humanity and wanting what is best for each other. We don`t need to be christian, jew, hindu, atheist or a muslim to know that all of these matters are harmful for our well-being. I can`t understand the fact that the community can legalize anything that is harming its citizens. It is not ok. And it is not normal. We need to define what is good, as normal. Don`t let people with wrong values decide what normal is to you, just because a lot of people are indulging in it. Right is right even if only one person is doing it. Wrong is wrong even if the whole community has “legalized” it. We want to normalize as norms, what is good for our  hearts, souls and bodies to build healthy people and good communities for muslims and non-muslims where we live.